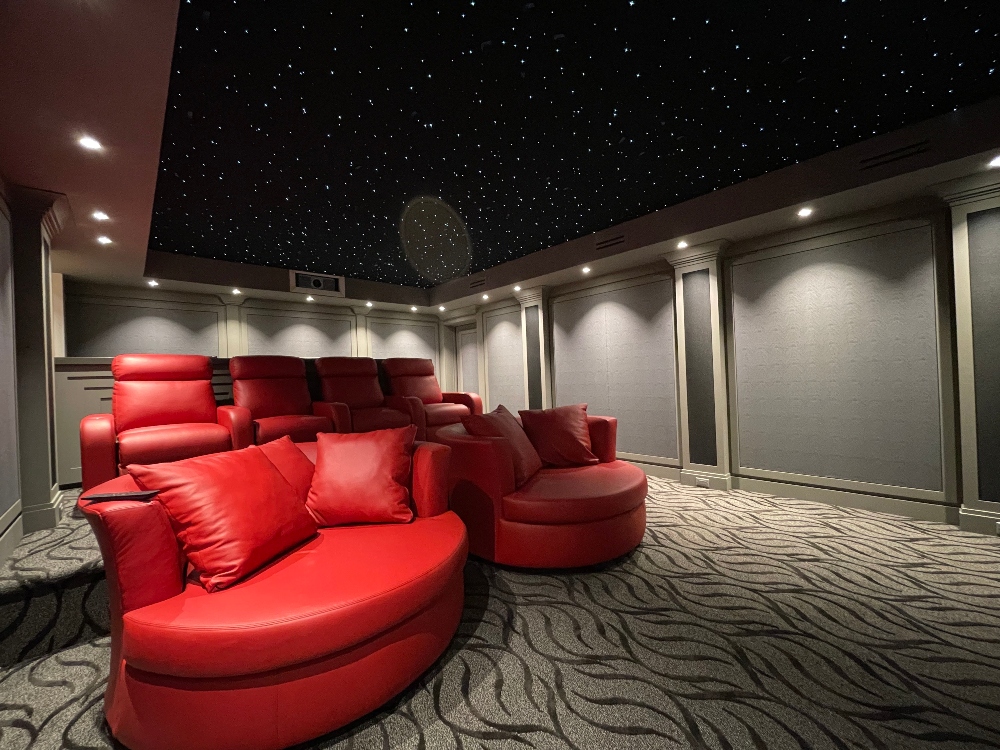 The Wyckoff, N.J.-based Restrepo Innovations installation team was the expert of choice for this home theater design, executed for a professional sports executive. It was the crowning achievement in a home that Restrepo Owner Mike Restrepo said his company had outfitted with a full roster of tech gear. The firm was originally brought in to fix an issue with the pool system not connecting online with the Wi-Fi setup — but the home theater project morphed into much more than that. Tech upgrades were effected in other areas, including control systems, audio and video distribution, HVAC and lighting, as well in the fully tricked-out pool and bar areas.

“The client was very open to suggestions,” Restrepo told Connected Design. “I’d say, ‘How about we take this wall down?’ and he was OK with it. He told the contractors, ‘Do whatever Mike says.’ We had free rein in the tech design of the room. He said his feeling was just like when he bought his car. He asked the dealer, ‘Is the car fast? Am I going to have fun in it?’ And he bought it. So, he said to me, ‘Mike, I’m asking you the same question: Is the theater going to be awesome? Am I going to have fun in it? OK. Let’s do it.’”

So Crestron’s best-in-class gear was mixed into the installation equation “to make complex things simple” for the owner. “He wanted a Ferrari system — but it needed to be simple, easy to use and stable. We’d worked with this client for years, and the theater just shows how his appetite for technology was growing — and how we could satisfy that.”

Restrepo partnered with Digital Sales Group (DSG), the New York-based rep firm, which helped to quarterback some of the equipment for the project. Since the theater build happened during the pandemic, DSG “helped make things happen,” acting as a bridge for some of the products used.